Past exhibitions on tour 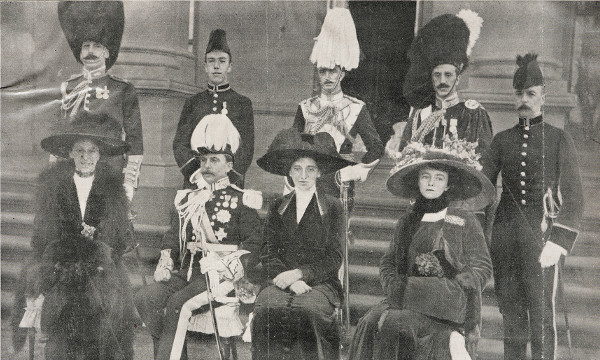 Photographs of the arrival in Australia of the Denman Vice-Regal party, 31 July 1911, taken at St Kilda Pier and Government House for Table Talk magazine [detail] From the Lady Barttelot album, Collection of Lady Margot Burrell

CMAG is proud to be touring our 2016 exhibition Peace, Love and World War: the Denmans, Empire and Australia, 1910-1917 to King's College in London from July-September 2017.

The exhibition explores both the Denmans’ time in Australia and the period of their immediate return to Britain as it faced the prospect of war.

Thomas, Lord Denman was Australia’s fifth governor-general. He and his wife, the irrepressible Gertrude Denman ('Trudie'), resided in Australia from July 1911 to May 1914. This exhibition tells the story of this imposing power couple and their circle, intertwining it with the broader narrative of early 20th century Australia and its changing relationship with the UK.

It includes material from a number of Australia's leading public collections, as well as items from private collections and from the Foyle Special Collections Library and the Liddell Hart Centre for Military Archives here at King's.

CMAG acknowledges the generous support of Cultural Facilities Corporation Deputy Chair Louise Douglas, without whom the tour of this exhibition would not be possible. We also thank our catalogue sponsors Denman Prospect, and King O’Malleys; and the many private and institutional lenders to the exhibition