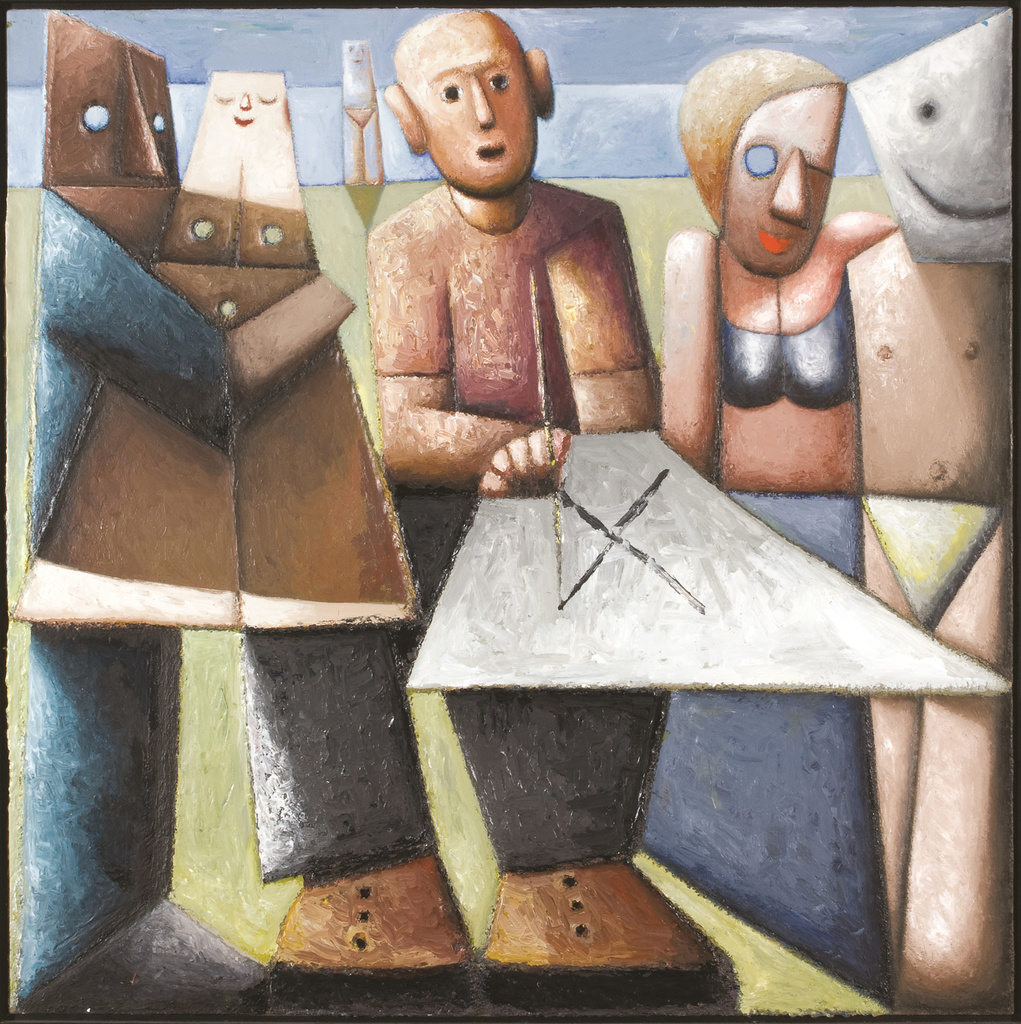 Keith Looby was born in Sydney and studied at the National Art School (1955–59). In 1960 he sailed for Italy and over the next seven years travelled throughout Europe and the United Kingdom. His first solo exhibition was held in Rome in 1964.

His first solo exhibition in Australia was held at the Macquarie Galleries in Sydney in 1967 following his return to Australia. Since that time he has continued to exhibit widely throughout the country, including most recently solo shows in Sydney (2006) and Brisbane (2005).

Looby has won many prizes, most famously the 1984 Archibald Prize for his portrait of actor Max Gillies. He has also won the Blake Prize for Religious Art (1973) and the Sulman Prize (1974). He was the 1973-74 Creative Arts Fellow at the Australian National University and in 1992 was named Canberra Artist of the Year. Collections holding his work include the National Gallery of Australia, most state galleries and regional, institutional, corporate and private collections in Australia and overseas.

Looby’s considerable reputation rests on his figurative painting. His works are characterised by figures which have a puppet-like appearance, minimally differentiated from each other and often in bland, featureless surroundings. Paint is thickly applied so that the figures stand out from the canvas almost in bas-relief.

The quality controller highlights Looby’s personal struggle with art bureaucrats (a struggle configured in several series of paintings). The tone of the work reflects his irritation with what he perceives as the denigration of the role of the artist in favour of those who, he believes, control the art world viz curators, trustees, dealers. There is a degree of satiric humour in his portrayal of the mannikin Controller who appears to be instructing disinterested parties in the intricacies of marking a piece of paper with a cross. The figures are abstracted and faces are masks. Individuality is subsumed except for the Controller himself whose is the only one with a semblance of reality. This is a clever and witty work where pictorial means happily marry thematic subject.

Purchased with funds donated by ACTTAB 2002