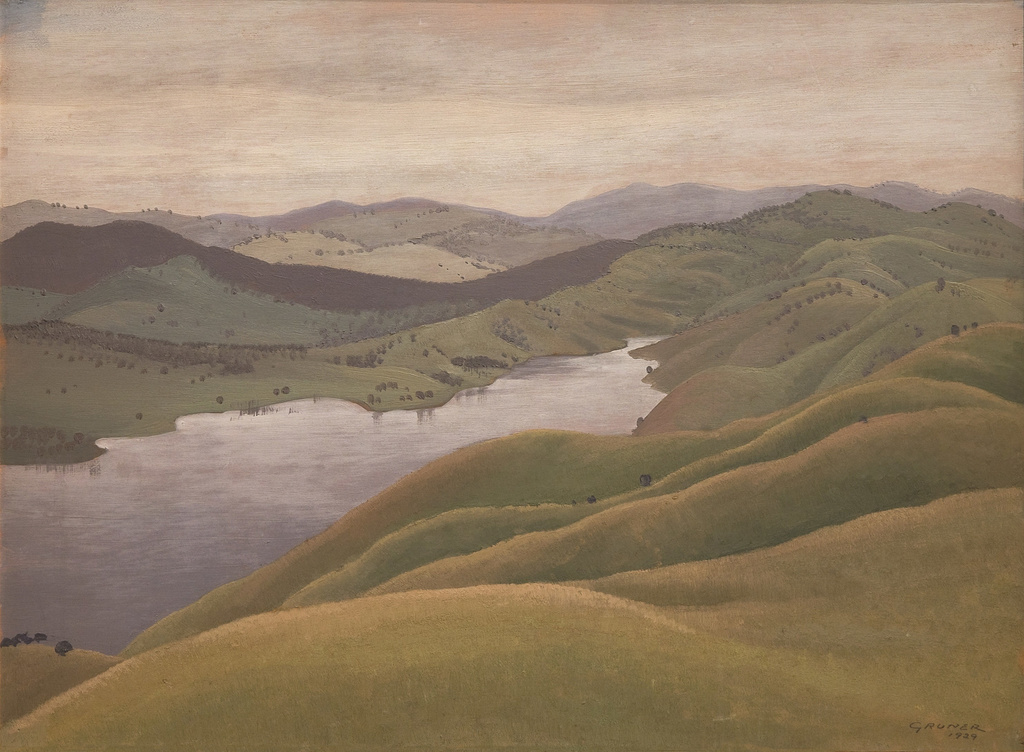 Elioth Gruner was born in New Zealand and arrived in Australia. He studied with Julian Ashton at the Art Society of New South Wales where he met the flamboyant George Lambert, an artist whose work would inspire Gruner. He died in Sydney in 1939, alone and destitute, a few weeks after the declaration of war between Great Britain and the Commonwealth and Germany.

Gruner was one of the most popular landscape artists working in Australia in the period from c.1910 to 1939. He was awarded the Wynne Prize for landscape at the Art Gallery of New South Wales no fewer than 7 times from 1916 to 1937.

Landscape is one of a number of works painted when Gruner discovered the Murrumbidgee River whilst staying at a property near Yass in 1929. He returned to this area a number of times over the next ten years and produced some of his major late works. The clarity of light in the region particularly impressed him and this is beautifully expressed in this picture.

Gruner’s palette of greys and greens is highly evocative and captures the atmosphere of winter in the region depicted. The sensuous contours of the rolling hills and the silver glow of the river and the sky highlight the rhythmical harmonies of a landscape beloved by the artist. He skilfully blends the panoramic with the intimate in this quietly intense work. The intimation of melancholic contemplation adds an autobiographical note that is at once strangely attractive and disquieting.