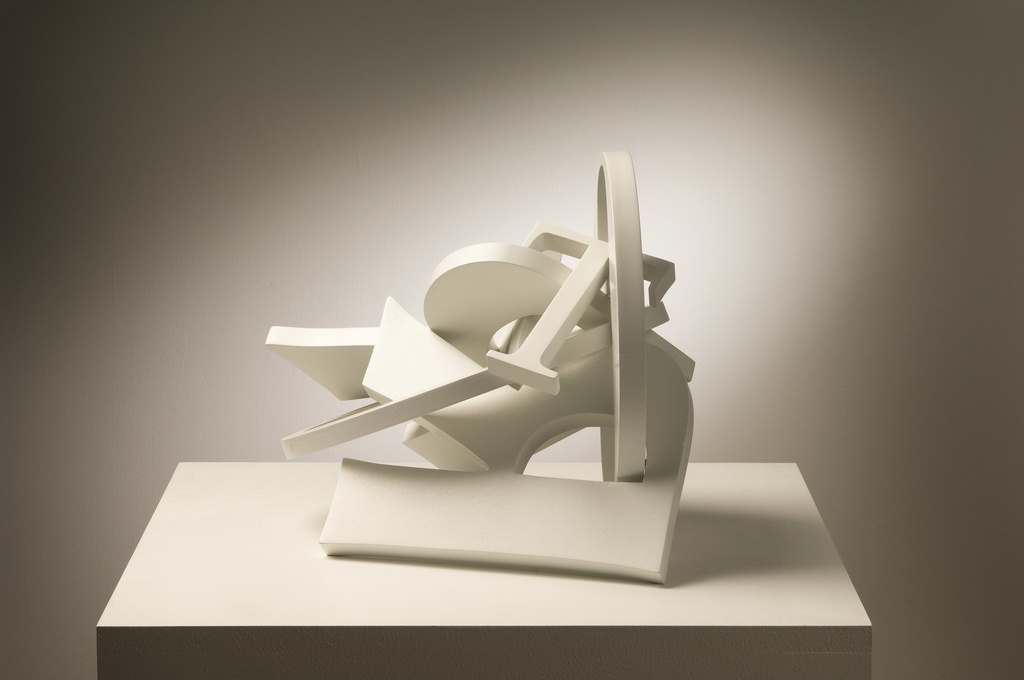 Peter Vandermark graduated from the ANU School of Art in 1989. He has exhibited extensively, including a solo exhibition at CMAG in 2004, and most recently at Tim Olsen Gallery in Sydney this year. His work has encompassed installation art, large public sculptures and constructions from found materials as well as cast plaster.

An-ism is from a series of sculptures comprised of commercially-produced lettering cut from mdf and other materials and previously used as signage. Each work has been carefully composed from letters spelling a particular word. In the case of An-ism, the letters used spell ‘terror’.

In Vandermark’s art there are always oblique references to art history and contemporary practice. Here the example of Dadaist collage and random letter combinations come to mind, as indeed does the phrase containing every letter in the English alphabet: The quick brown fox jumps over the lazy dog.

If these are present they are subsumed into the artist’s defiantly personal aesthetic and act merely as other layers in this compact and witty assemblage.

The combination of formal sculptural concerns with a socio-political agenda underpinned by an incisive sense of humour characterises Vandermark’s intriguing plastic statements.