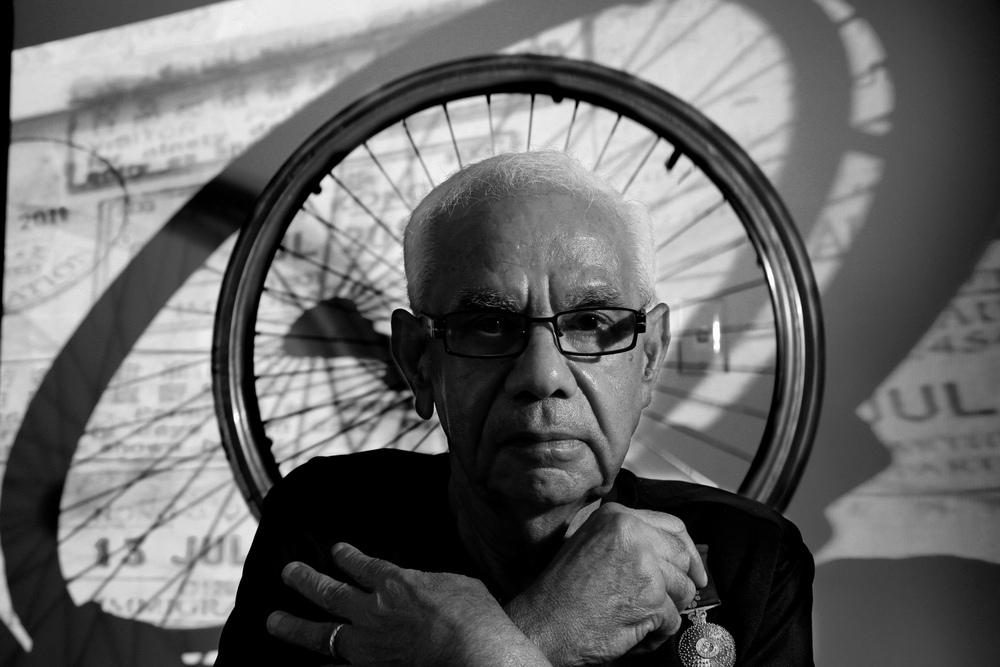 A photographic exhibition that tells 30 stories of Aboriginal and Torres Strait Islander people living with disability.

The artist Belinda Mason and documentary filmmaker Dieter Knierim have worked in close collaboration with the exhibition’s story tellers to reveal their experiences via 3D lenticular photographs, voice, video and text.

The exhibition was launched in September 2013 at the Palais des Nations in Geneva, Switzerland with the support of the First Peoples Disability Network and the Australian Government.  It has since completed a significant tour across Australia and was showcased at the 2014 United Nations World Conference on Indigenous Peoples in New York.

The Canberra showing of the exhibition, firstly at Tuggeranong Arts Centre and now at Canberra Museum and Gallery is supported by The Australian Government, Department of the Prime Minister and Cabinet.

‘Kevin belongs to the Wotjobaluk people of Victoria. Because of his representation for Australia in the Paralympics and his general demeanour he was accepted into the basketball hall of fame. And I think this is a great honour for not only Kevin, but for our Aboriginal people, and I think that it is well deserved. All states had different laws in regard to Aboriginal rights. Most states had what we call an exemption that Aboriginal people had to apply for to be accepted into the white community. The laws of Australia said that Aborigines should be treated differently, and Kevin had been fighting for Aboriginal rights, particularly because of his sporting ability. He is a quiet success in the fight for Aboriginal people to be part of mainstream society.’