Richard Lewer: I can’t run away all my life sometimes I just have to stand and fight 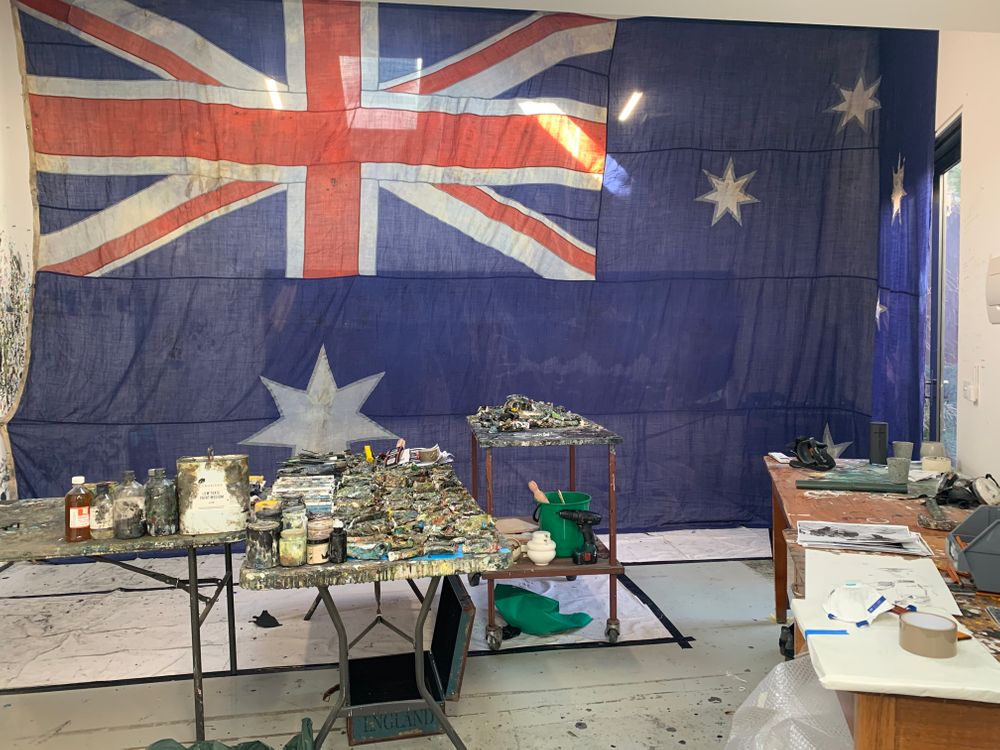 Artist Richard Lewer responds to the war memorials that line ANZAC Parade in this work installed as part of the Contour 556 public art biennial.

It’s a readymade canvas both epic and contained. An Australian flag, clearly a little worse for wear. It’s huge - large enough to have once flown above Parliament House in Canberra, the very epicentre of the political nation. This gives it its own public life, a singular object’s history that is also wrapped up in the history of our federated, young nation. Expansive in scale, this object also provides a conceptual boundary, a historical and political framing that lends symbolic weight to Richard Lewer’s intervention.

Throughout the decades of his practice, and even before, Lewer has written many short texts. He paints them on his studio walls, on pieces of foam, on pinboards and pool table covers, maps and other objects with previous lives, histories of their own. Here, in the artist’s recognisable, wonky hand, we see a sentence painted in white: ‘I can’t run away all my life sometimes I just have to stand and fight’. The words spell out a personal mantra or instruction, an affirmation that might be adopted in the face of bullying, or the battleground of individual trauma. It’s poignant and vulnerable, seeking ballast.

CMAG On the Square is supported by John Hindmarsh AM.