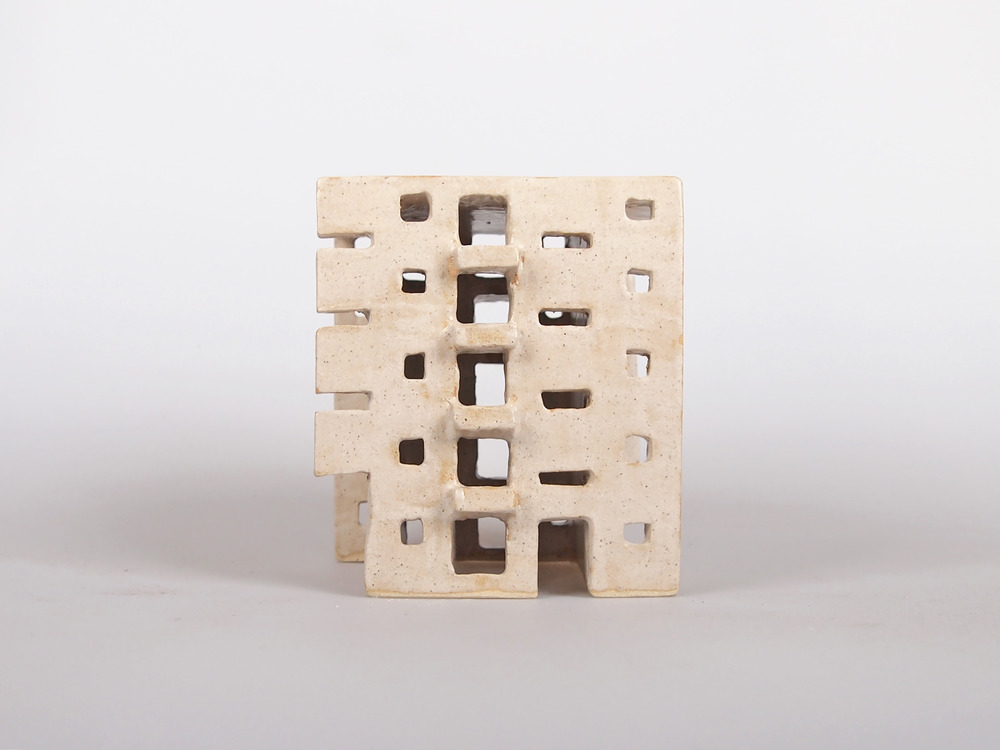 Natalie Rosin trained as an architect and following graduation began work in her profession while initiating an ambitious ceramics practice. In 2016 Rosin was awarded a residency at the Baltic Gallery of Contemporary Art, Ustka, Poland, with the support of the Australia Council for the Arts.

During this period she became acquainted with Brutalism, which had flourished as an architectural idiom in Eastern Europe in the second half of the twentieth century. Rosin was struck by the severe materiality of the structures she encountered, and she continues to draw upon these forms in the production of her ceramic sculptures.