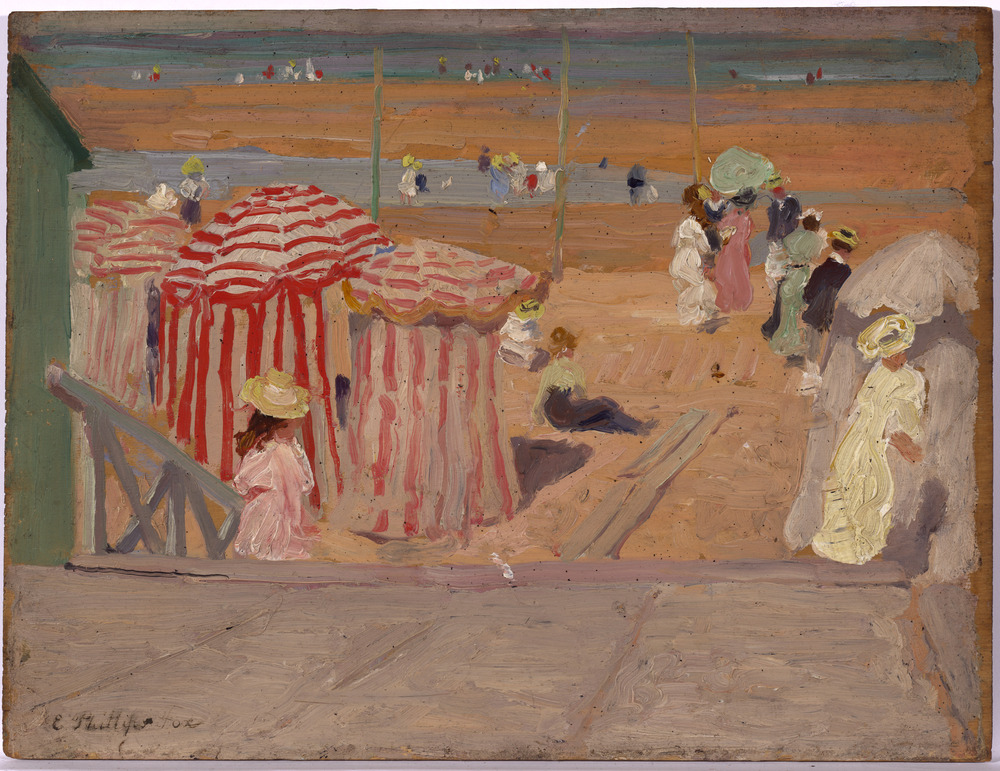 Capital and country: the Federation years 1900–1914 is the National Gallery of Australia’s first major exhibition to focus on Australian painting from the Federation era. It considers the parallel stories of Federation landscape painting in Australia and the art produced by Australians who lived in Europe during this period, which takes in Edwardian England and the last years of the Belle Epoque in France before the outbreak of the First World War in 1914.

The forty-six works brought together in Capital and country reveal the richness and diversity of non-Indigenous Australian painting during the Federation years. They range from sunlit images that convey the nation’s patriotic embrace of their own landscape, to those that emphasise the popularity of portraiture and figure painting in Europe.

Well-known and loved works in the national collection by Frederick McCubbin, George W. Lambert and Hans Heysen are brought to light in new ways alongside lesser-known images by Florence Fuller, Godfrey Rivers and Richard Hayley-Lever that will both surprise and delight.

Capital and country is a travelling exhibition of paintings from the national collection, developed as the National Gallery of Australia’s gift to the nation in celebration of Federation and the centenary of the Federal Capital in 2013.