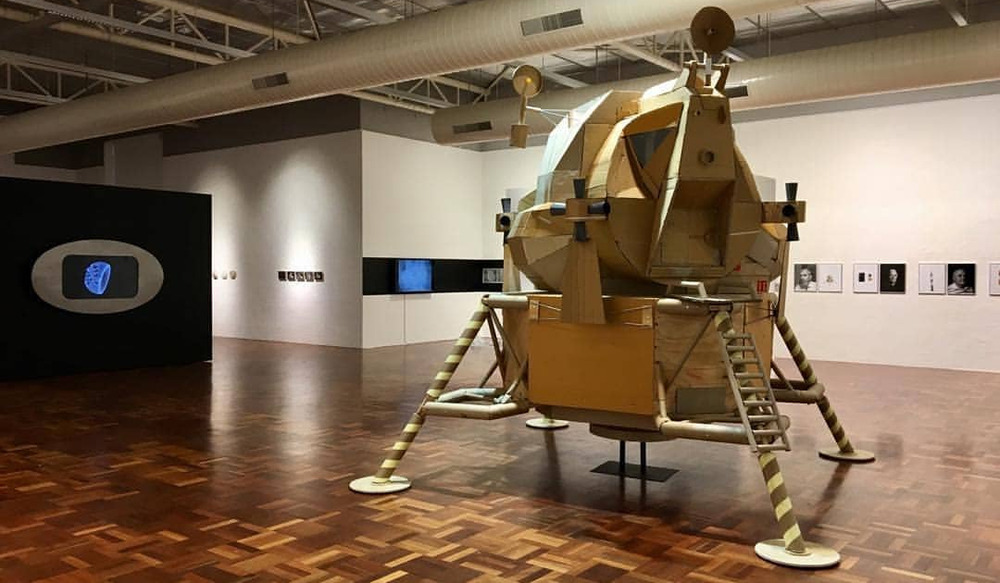 Fifty years ago, landing on the moon required a vehicle not designed for this world, so the Apollo Lunar Module was born.

One of the most improbable flying machines ever conceived, artist Tom Buckland has been fuelled by a fascination with crewed spaceflight and the lunar module was quite an obsession. On the 50th Anniversary of the Moon landing, Buckland has used blueprints, official photographs and several model kits as reference, to construct his own half-scale replica of the Eagle Lunar Module. The ephemeral materials he has used are a reminder of how fragile the original craft now seems.

Developed for the exhibition Promised the Moon at ANU School of Art & Design , the work now takes its second flight to Civic Square.

Tom Buckland graduated from the Australian National University School of Art with honours in 2015 and has exhibited widely. His work deals in a correspondence of imaginary worlds, heavily influenced by a fascination with fantasy and science fiction and topped off with a refined joyful absurdism. A voracious bricolagist and collector of found objects with which he creates work that is emphatically process-orientated, his work proudly displays a unique DIY spirit.

Installing the Eagle at CMAG