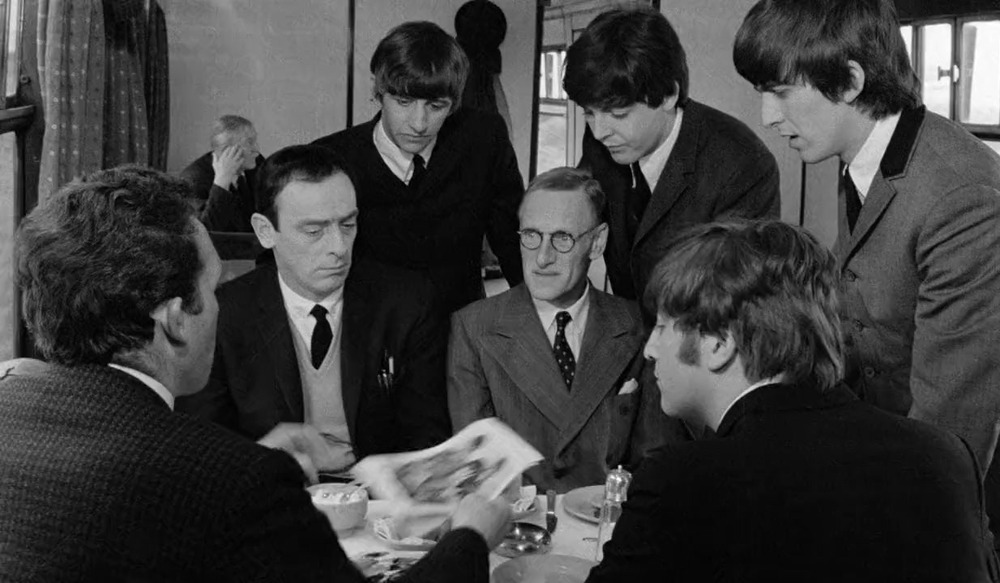 A short film with no plot as such. But exquisite English slapstick comedy with lots of sight gags.

A wonderful showcase for the talented foursome which changed the shape of pop music films forever. With a witty script by Alun Owens, and traces of Richard Lester’s British Surrealist influences, the camera follows the Beatles – who play a recognisable version of themselves – through a typical day of playing great music, being chased by fans, hanging around, going to press conferences, making a live television appearance and dealing with Paul’s grandfather (Brambell) who seems like a “clean old man” but turns out to be a mischievous old coot.