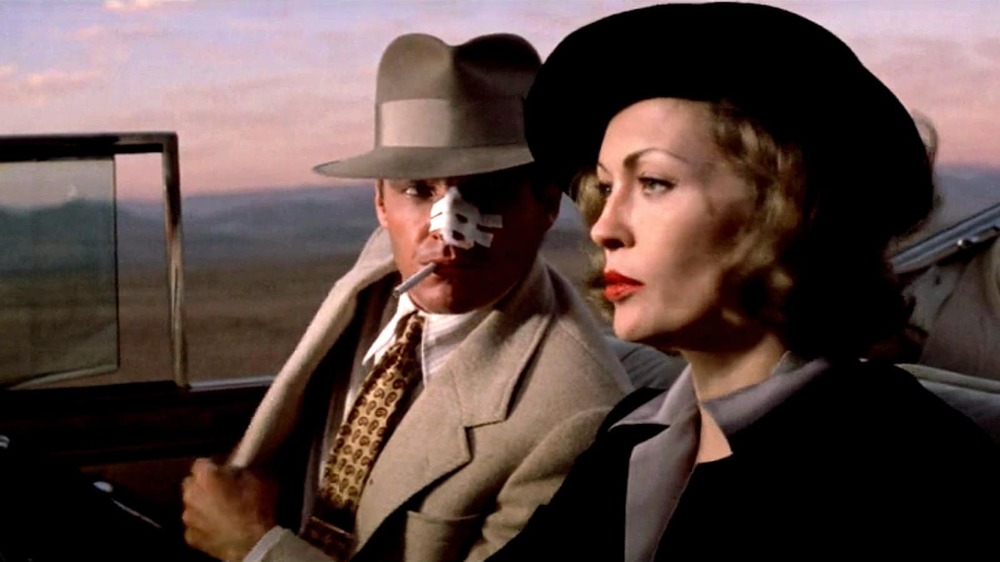 A classic detective picture set against a background of political corruption. Hired by the widow of a murdered City Water Commissioner (Faye Dunaway), Nicholson’s JJ Gittes moves through the familiar world of the forties film noir. Starting off with a murder investigation, he slowly uncovers a sinister conspiracy involving her father (John Huston), the future of Los Angeles and an even more sinister secret.

Polansnki’s last film in the United States, this film was nominated for 11 Oscars with Robert Towne winning for his complex and literate script inspired by the California Water Wars. One of the great films of the 70s.