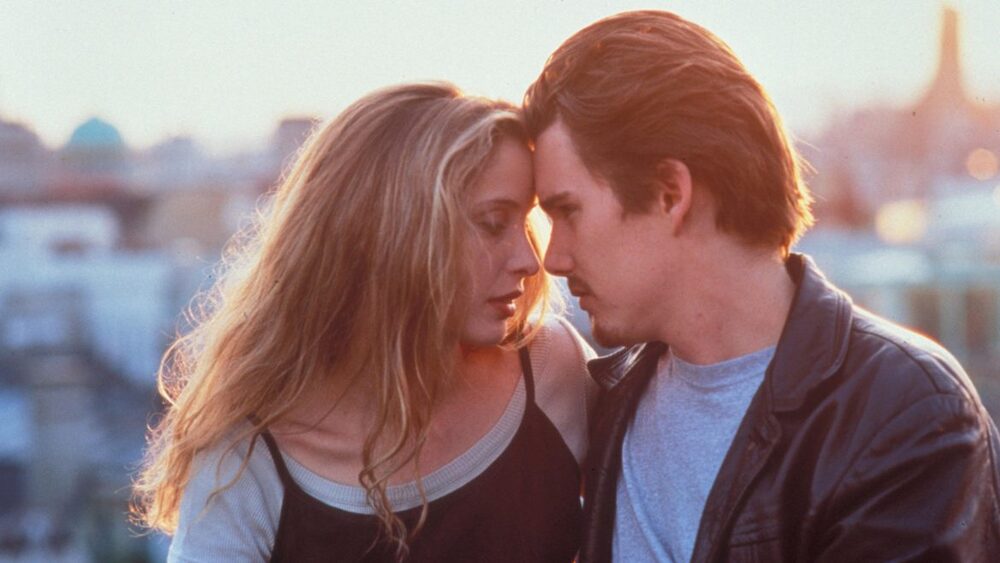 Jesse and Céline, two 20-something travellers, meet on a train from Budapest. They decide, on a whim (but also sensing a connection), to disembark at Vienna to spend the day and evening together, wandering the city, encountering locals and discussing life in all its subtleties, absurdities and philosophies.

Then, quite unexpectedly to fans, a second film was released to show what happened to Jesse and Céline. They meet nine years later, when Jesse is in France promoting a book he wrote about the experiences in Vienna. The second part of the trilogy plays out in real time, and the writing is credited to Linklater, Hawke and Delpy.