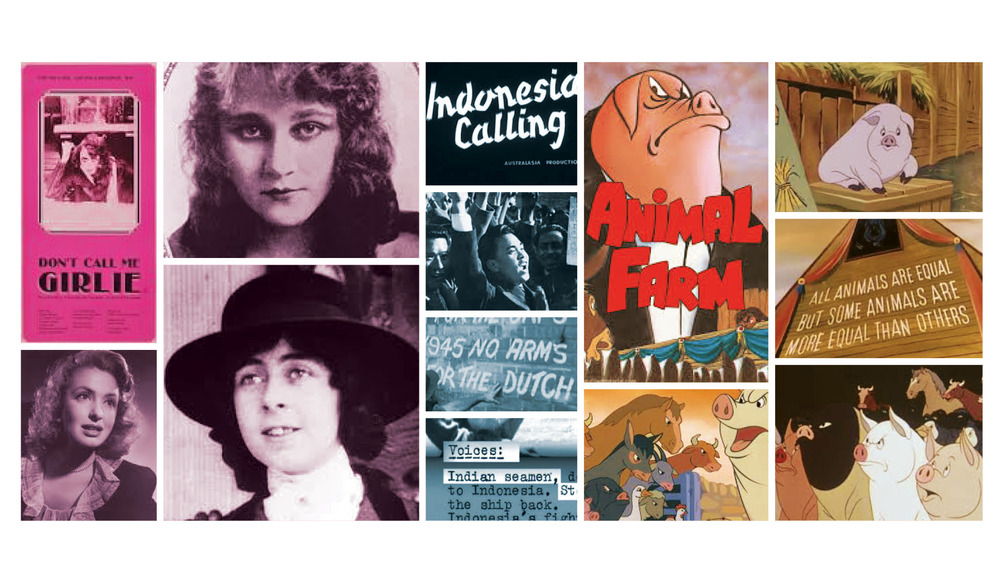 This landmark documentary is a survey of the role of women in the Australian cinema, from the beginning up to 1940, using interviews and archival footage. Prominence is given to the collaboration between Lottie Lyell and Raymond Longford, the McDonagh sisters (whose now lost 1933 production Two Minutes Silence was the last Australian feature directed by a woman until My Brilliant Career in 1979), and the careers of actors Louise Lovely, Helen Twelvetrees and Shirley Ann Richards.

Directed by Joris Ivens and produced in 1948 by the Waterside Workers' Federation (WWF) Film Unit, this clandestinely made film shot around Sydney Harbour gained an international reputation. It documents the refusal of seamen and waterside workers to man and load Dutch ships and arms to be used against the Indonesian Republic in their fight for independence from the Netherlands, which was trying to re-impose pre-war colonial rule. It culminates in the dramatic halting of a Dutch ship in mid-harbour. This activist documentary actually contributed to the events it depicted. All who worked on the film became ‘adversely known’ to the security services. Plus, The Hungry Miles (1955), a passionate survey of the struggles and achievements of the WWF during and after the Depression of the 1930s.

This 1954 animated feature is based on George Orwell's novel Animal Farm, the classic satire of Communism. It is memorable for the dictum ‘all animals are equal, but some animals are more equal than others’. Produced by Britain's Halas and Batchelor Studios, the film was funded by the CIA, and became part of the American cultural offensive during the Cold War. The novel is still banned or censored in a few countries. This screening will be a rare opportunity to view an original, vibrant Technicolor print of the film.