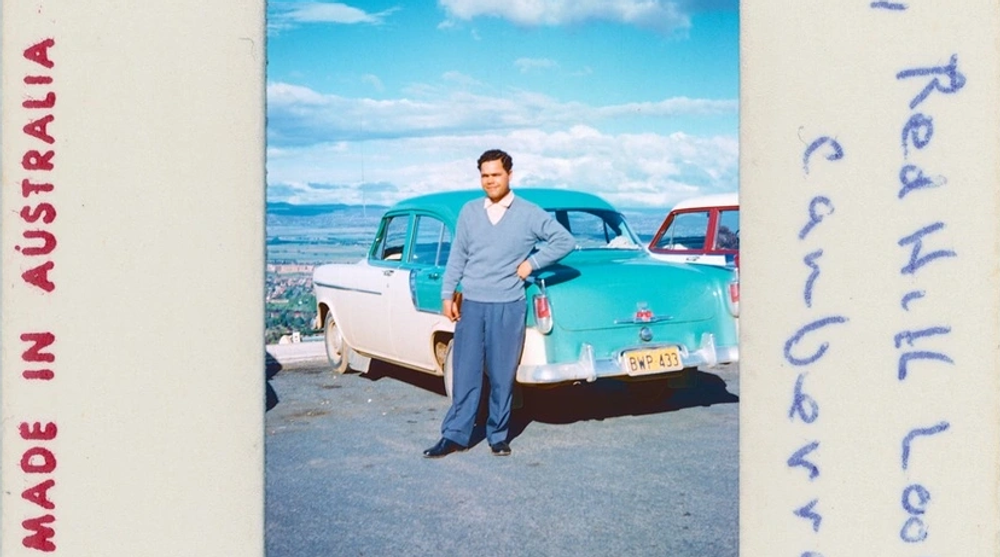 Join Dr Matilda House (Ngambri/Ngunnawal elder) and Dr Brenda L. Croft (Gurindji/Malngin/Mudburra peoples; Anglo-Australian/Chinese/German/Irish heritage) in conversation as these two First Nation women and artists explore the themes of cultural activism, family and community, connection to/separation from Country in the exhibition and in their respective work and from the vantage point of a long shared history.

Matilda House is a proud traditional owner who has taken a leading role educating and advocating for First Nations Peoples and her Country. Her work as an artist is reflected in the CMAG collection and includes a series of prints and a possum skin cloak. In 2017, the Australian National University presented her with an Honorary Doctorate Degree acknowledging her significant contribution to social justice, in particular her important role in key social justice organisations, including the Aboriginal Tent Embassy; the establishment the Aboriginal Legal Service in Queanbeyan in the 1980s and; as a member of the Aboriginal Justice Advisory Committee.

‘hand/made/held/ground’ is a major body of recent work by Brenda L. Croft, a Gurindji/Malngin/Mudburra woman whose background also includes Australian/Chinese/English/German/Irish heritage. Alongside this work, is shown Croft’s series Made in Australia II, 2018, which is part of the CMAG collection. Croft’s multi-disciplinary practice as an academic, artist, curator, educator and researcher spans three and a half decades. Dr Brenda L. Croft is Associate Professor of Indigenous Art History and Curatorship, at the Centre for Art History and Art Theory, School of Art and Design, Australian National University. She feels privileged to live and work on Ngambri, Ngunnawal Country.

Genevieve Jacobs has been a journalist for 30 years, working in print and radio, she is the Group Editor for Region Media. She works with a wide range of Canberra organisations including co-chair of the ACT Reconciliation Council and chair of the Minister's Creative Council, will chair the conversation.