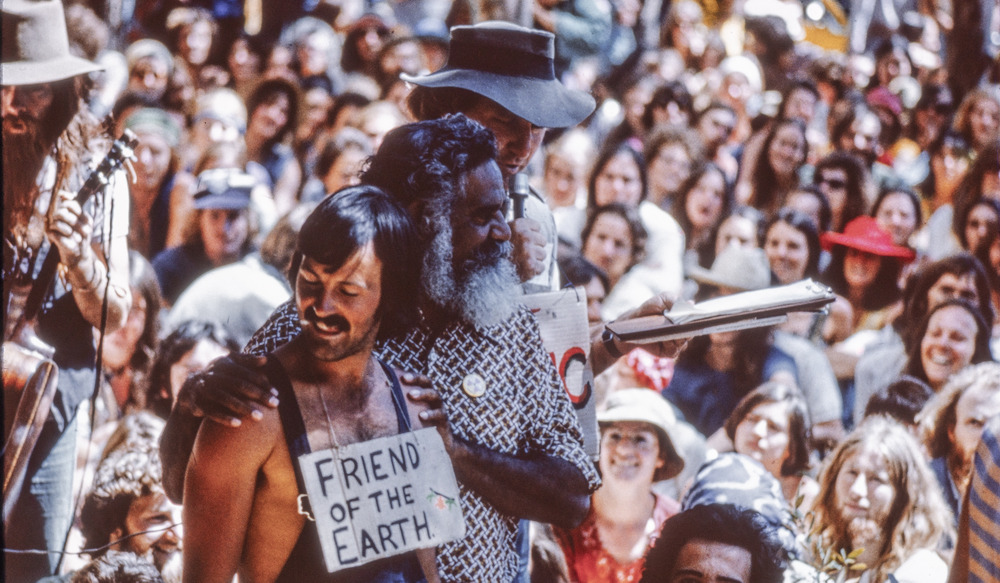 Explore the many ways Canberrans show they care.

Join Activism: Forces for change in Canberra curator Rowan Henderson to discover the history activism has played in Canberra from the early days of the Federal Capital Territory through the social upheaval of the 1960s and 1970s to the fight for marriage equality in more recent times. As the national capital, Canberra is uniquely placed as a focus for protest on a local, national and international level.

Image:
Speakers at the Down to Earth festival at the Cotter River, 1976.
Wilfried Raes, courtesy of Eva Kornits