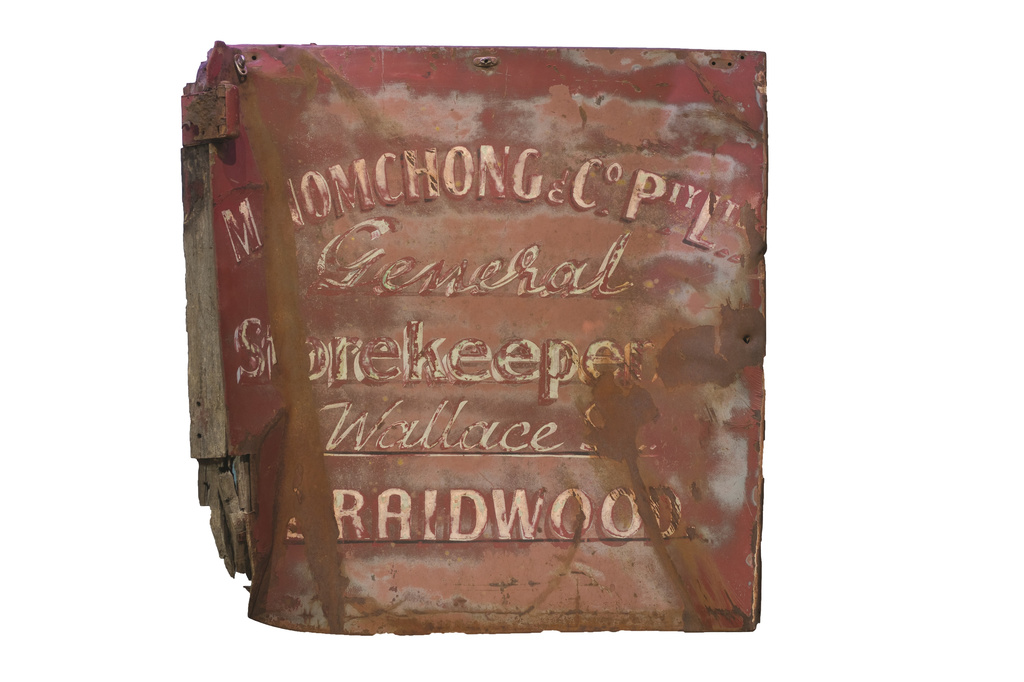 Shoong Foon Nom Chong migrated to Australia from China in the 1860s and ran a successful store serving the goldfields of Mongarlowe, he later opened two stores in Braidwood. Together with Quong Tart he founded the Oriental Bank, which had branches in Araluen and Braidwood. The bank was involved primarily in buying gold and exporting it to China. Shoong Foon’s brother, Chee Dock, joined him in 1877, and he inherited and subsequently extended his brother’s businesses.

In the 1920s and 1930s the Nom Chong family diversified into trucking and owned one of the first service stations in Braidwood. They had a fleet of three trucks, which ran between Braidwood, the south coast of New South Wales and Sydney. The truck door is a material remnant of one aspect of the extensive business interests of this entrepreneurial Chinese Australian family.

One of Shoong Foon’s sons, William Nom Chong, established a large market garden business in Goulburn. William’s son, Lionel Nom Chong, owned several businesses in the district and resided in Canberra until his death in 2001. Their long-term business association with the region – nearly a century, from the 1860s to the 1950s – is an important story of Chinese migration into the region.