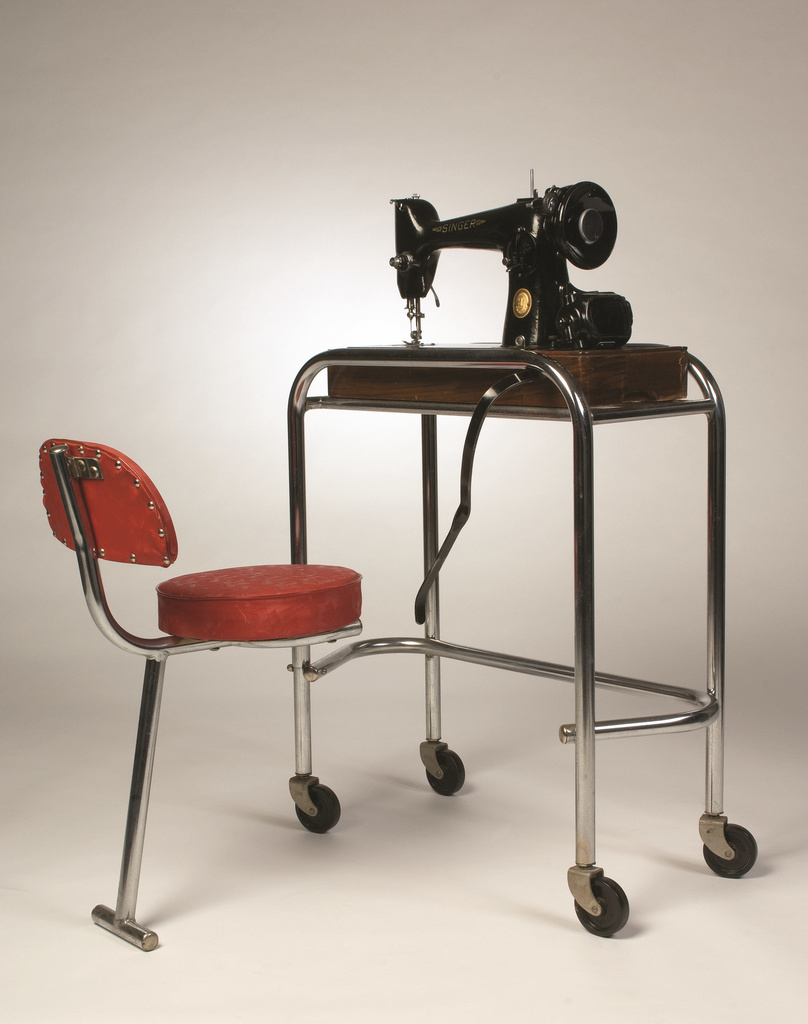 The Singer sewing machine was owned by the late Sylvia May Parsons (née Johnson) who was born on a property near Gunning, New South Wales in 1911. She came to Canberra in 1941 following her marriage to John Parsons and taught Home Economics at Kingston Technical College, a course that included dressmaking and design.

Sylvia Parsons and her fashion houses played a significant role in Canberra’s retail and social history, opening at a time when there were few retailers of good women’s clothes in Canberra. Her shops featured prominently in many women’s lives and Parsons maintained a regular and loyal clientele over nearly half a century. Her establishments were known for the quality of their staff and service. Parsons’s good business sense and involvement in local charitable organisations through groups such as the Soroptimists Club made her a ‘Canberra identity’.