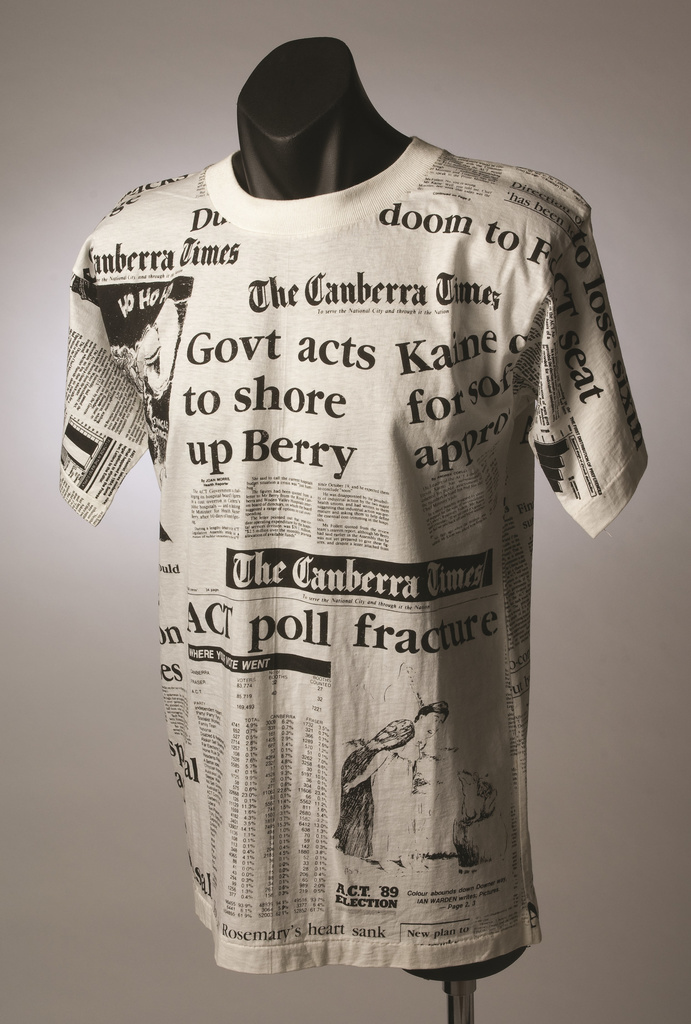 The self-government promotional T-shirt alludes to the humorous side of the debates over self-government. It represents a significant moment of Canberra’s history and conveys a sense of the community’s reaction to the changes that took place after 1989.

Self-government allowed for more direct representation of the community in policy formation for the Territory, while also prompting greater participation by local residents in the legislative process and public debate on contemporary issues. Examples of this, such as the debates over the Canberra Hospital Board and the addition of fluoride to Canberra’s water supply are represented on the T-shirt. Canberra Museum and Gallery collects items of popular culture such as this, which reflect aspects of Canberra’s community identity and reveal a characteristic diversity of viewpoints and opinions.

Gift of The Canberra Times 1999