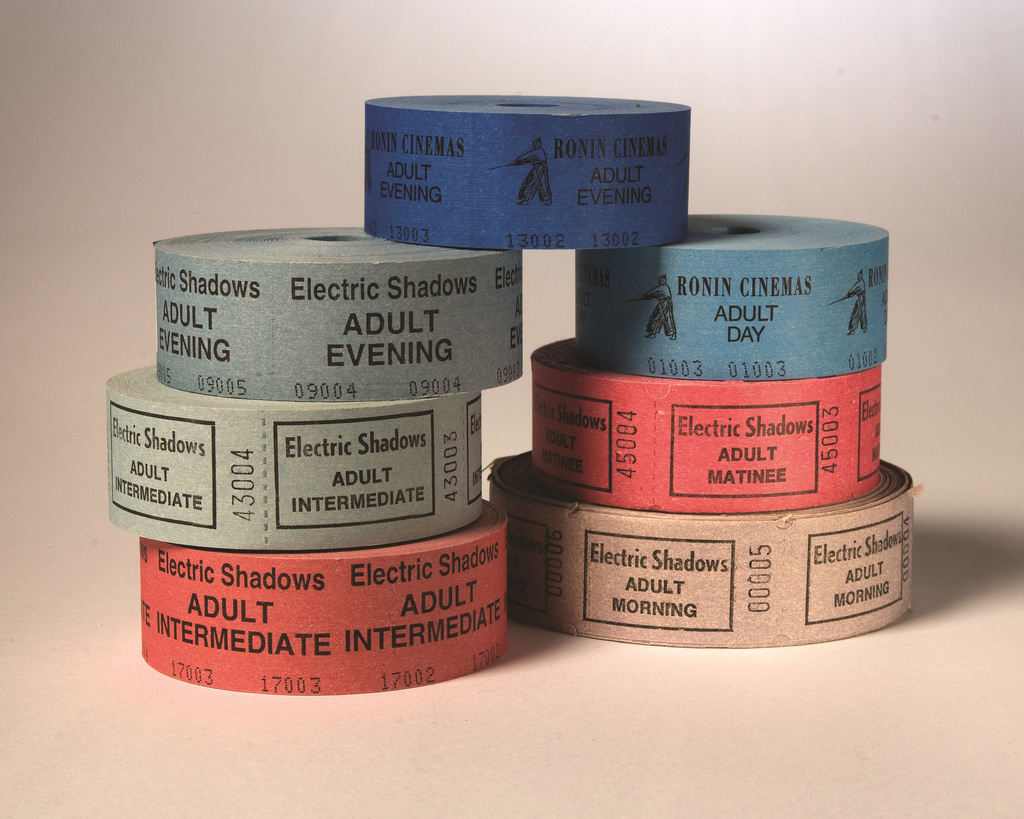 Four significant Canberra cinemas have closed since CMAG opened: the Center Cinema (1966-2003); the Boulevard Twin (later Electric Shadows 1973-2006), the Civic Theatre (later the Greater Union, Civic 1936-2007) and the Cosmopolitan Twin, Woden (1984-2000). CMAG was on hand to acquire artefacts and stories that preserve, reflect and document the important place that going to the pictures has occupied in the social life of our community for over eighty years. Material from Canberra’s first dedicated picture palace, The Capitol Theatre, Manuka (1927-1980), has also been donated to CMAG, including the souvenir program of its inaugural ‘Gala Performance’ in which the theatre’s name was misspelt: ‘Capital’ with a second ‘a’ instead of an ‘o’.

As part of CMAG’s tenth anniversary exhibition series, its collection of cinema material was displayed in an exhibition entitled In the Can (October 2008- January 2009). The exhibition sought parallels between significant milestones in the urban history of Canberra and the stories of five cinemas as told by people both in front of the screen and those behind the scenes. Sound and vision are fundamental storytelling tools and stories are a rich source of cultural knowledge. By coming under the stewardship of the CMAG the artefacts, stories and photographs from our cinemas have secured the Canberra chapter in the story of storytelling.