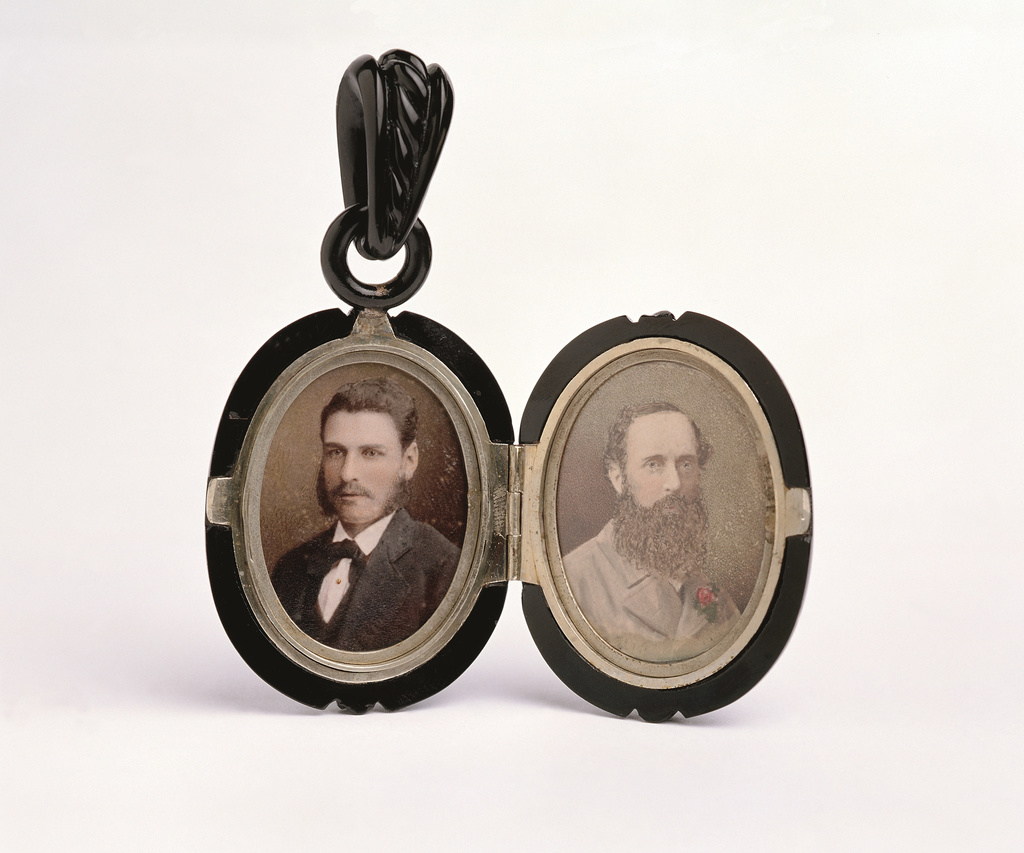 William Davis Jnr was born in 1821 in Devon, England, and educated in London. He arrived in Australia in 1837 and moved to the Goulburn area. His first pastoral experience was as overseer to Charles Campbell at Duntroon in the 1840s, and he later took over the management of George Thomas Palmer’s Ginninderra estate, which was located over the present day suburbs of Giralang and Crace, ACT. In 1850, Davis married Palmer’s daughter Susan Adriana, and when Palmer died Davis became the squire of Ginninderra. Under his stewardship the community thrived, boasting the first post office, police station, Catholic church, school and store in what is now the Australian Capital Territory. Davis was well-regarded – as a good employer, a keen sportsman and a supporter of community social events.

The mourning locket is part of the Davis MacKay Collection of objects and documents. It contains portraits of William Davis Jnr (right) and his nephew Ernest Palmer (left), whom he had adopted as his son and who was killed in a riding accident in Queanbeyan in 1877. Following Palmer’s death Davis immediately sold his horses and his Ginninderra and Gungahlin properties and moved to the Goulburn district where he died in 1910.

The Davis MacKay collection was last displayed at CMAG in an exhibition titled, Family Stories in 2005.