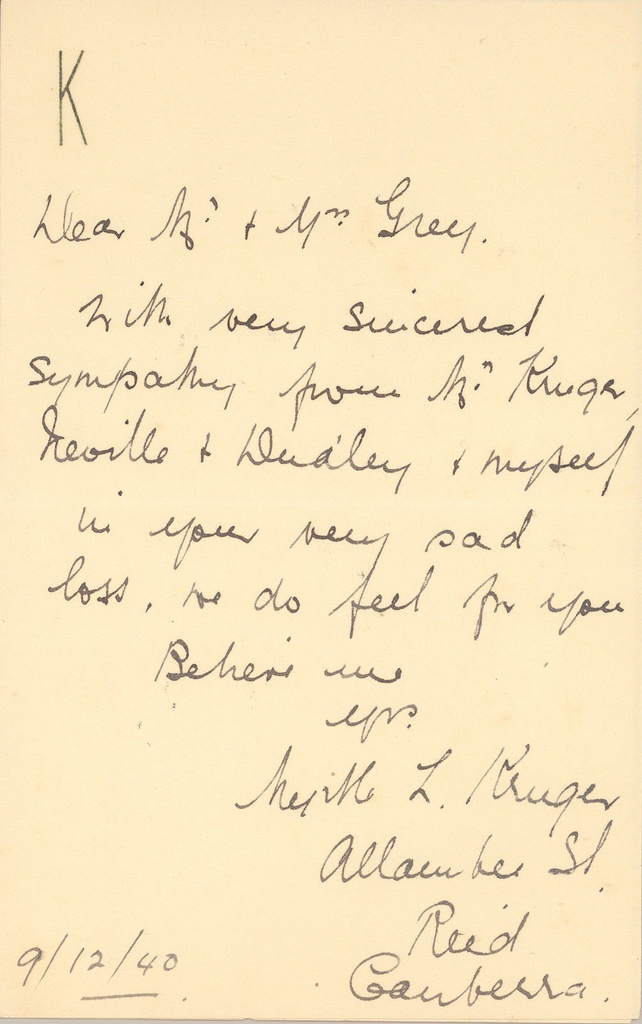 Lieutenant Henry ‘Harry’ Francis Grey died at the Prince of Wales Hospital in Randwick, Sydney on 5 December 1940. He was given a military funeral at Queanbeyan Parish Church and buried in the churchyard cemetery of St John the Baptist, Reid. His funeral was reportedly a very large affair and his family received no fewer than sixty-two floral tributes in remembrance of him.

Harry Grey was born in Canberra on 24 August 1907. He attended Queanbeyan Primary School and Telopea Park High School. On leaving school Harry took up employment as a clerk in the Prime Minister’s Department. At the outbreak of the Second World War he became one of the first men in the Canberra region to enlist.

Grey’s military service records provide little clue to the accident referred to by The Southern Churchman. We know that he was admitted to hospital between 5 and 12 January 1940 with an abdominal tumour and died eleven months later.

Dick and Kay Grey, Harry’s parents, kept the letters of condolence sent to them on his death and recorded the names of all those who sent floral tributes. This collection of letters offers much insight into the social structure and organisations of the Canberra and Queanbeyan region in the period that encompassed the Second World War.