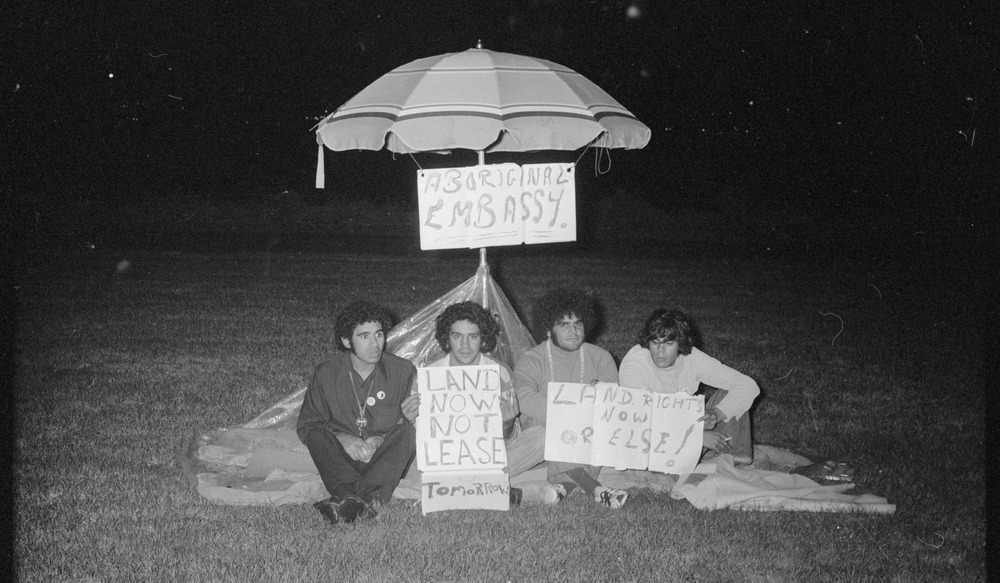 The Aboriginal Tent Embassy has been the focus for Aboriginal political rights in Canberra for the past 47 years.

Join Aboriginal activists, Michael Anderson of the Euahalayi Nation and Wiradjuri man Paul Coe as they talk about this enduring site of protest.

Michael Anderson was one of the founding members of the Tent Embassy and has lectured in Aboriginal studies and politics at several Australian universities. Paul Coe was involved in the establishment of the Tent Embassy and has participated in significant initiatives including the State Land Council in the 1980s and the United Nations Declaration on Aboriginal Peoples Rights in 2004.