Conversation: The Thai Cave Rescue and the Australian Federal Police 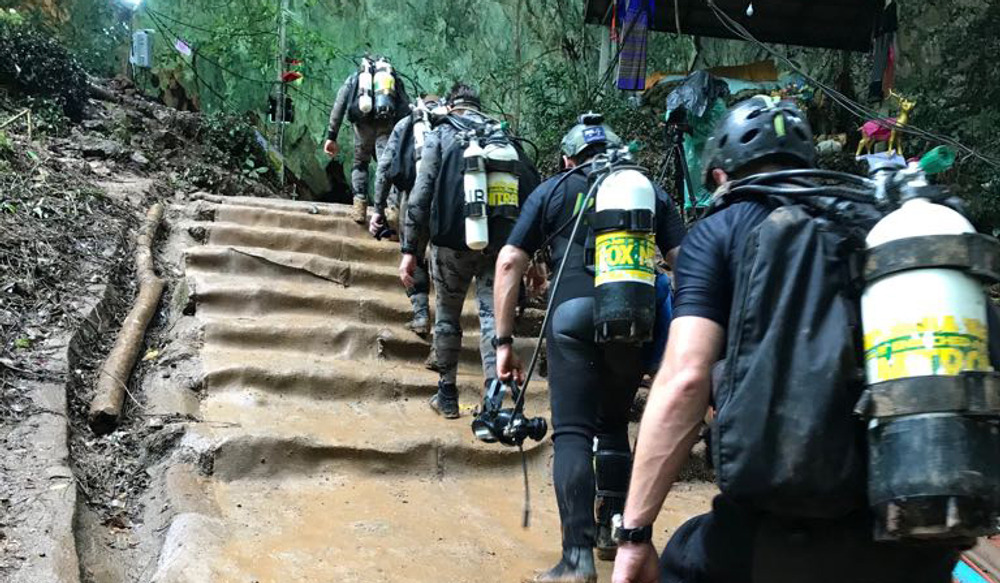 On 23 June 2018, a junior association football team and their coach entered the Tham Luang Nang Non cave in northern Thailand, heavy rainfall partially flooded the cave system and they were trapped. Over the next nineteen days an international rescue team worked under immense pressure to extract the group before the next monsoon rain was predicted.

Join Chris Cranston, AFP Museum curator, in conversation with Ben Cox and Chris Markcrow, Australian Federal Police divers, as they share the story of their role in this rescue effort. Chris and Ben will outline the actions taken to save the group and the experience of being some of the last divers in the cave as the pumps failed and the waters rose. They will also reflect on the feeling of being involved in an operation under intense with world-wide public scrutiny.