By Canberra Museum and Gallery

Speech delivered by Gordon Ramsay MLA, Minister for the Arts and Community Events, in the ACT Legislative Assembly, Tuesday 10 April 2018.

I rise today to honour the life of a great artist, Matthew Harding – a talented and internationally-renowned Australian artist and designer who had a diverse practice of sculpture, public art, and design in Canberra and far beyond. Sadly, Matthew ended his own life on 22 February this year at the age of 53.

Almost all Canberrans will be familiar with Matthew’s work even if they don’t specifically know his name as he was the creator of some of the ACT’s most iconic and affectionately-regarded public artworks.

Countless Canberrans have sat on the stainless steel Cushion in Garema Place to watch the world go by, walked under the ACT Memorial in Ainslie Place, and patted or even dressed up the chain link sheep at Kambah shops. After news of Matthew’s passing, locals placed black bands placed around the sheep to honour him. And I noted last week when driving past that they are currently sporting floral bonnets.

We are privileged here at the Assembly to have an artwork made by Matthew Harding and others – the stately Mo’ai Easter Island head sculpture in the interior courtyard was created as part of a highly successful collaboration led by Matthew at the 1998 Multicultural Festival with visiting Easter Island carvers.

There is also one of Matthew’s works in the Veterans Garden of Remembrance at Woden Cemetery where his mosaic of coloured stones is based on the image of stones skipping across water.

And a spectacular example of one of Matthew’s furniture pieces, entitled “Dialogue” is currently on display over at CMAG in their exhibition celebrating 20 years of collecting.

Few artists have touched the Canberra landscape so extensively: indeed, there is more of Matthew’s art in the ACT public realm than that of any other artist.

Matthew lived in Canberra for ten years, studying at the ANU School of Art from 1992 to 1995, and he was trained in visual arts, construction industries, and various craft traditions. Matthew’s sculptures located in the ACT reflect his versatility as an artist and his expert ability to work with a range of materials. The Casuarina Pods in City Walk are bronze; Ebb and Flow in Bunda Street and the famous Cushion are stainless steel. And in Veterans Park in the City, the commission, Longitude, by Matthew is carved stone.

Matthew created objects that were meant to be interacted with, touched, and sat on, objects that reflect and morph.

His work is found in cities all across Australia including Meblbourne, Brisbane, Newcastle, and Hobart where his striking mirror-polished stainless steel work graces the façade of the Museum of Old and New Art.

Matthew’s work is in public collections nationally and internationally, including the National Gallery of Australia; the ANU; the Boston Museum of Fine Art; the British Royal Collection; and the Inami Sculpture Park, Japan; as well as in various corporate headquarters in Singapore and China; and in private collections in Australia and all over the world.

Matthew guest-lectured and taught in various higher education institutions across the country, including ANU and the University of Tasmania.

And he had an interest in cross-cultural collaboration, travelling to many countries and finding a common language through artistic expression. Matthew was exposed to the craft skills of various cultures through his travels, such as stone sculpting in Zimbabwe, and carving in New Guinea, New Zealand and Cambodia.

Matthew’s artworks have shaped our experience of urban places in Canberra, providing visual interest, provoking conversation, and simply delighting us.

Matthew was loved by his friends and family, including his partner and four young children and will be deeply missed by them and by the many thousands of people who continue to value and enjoy his beautiful art. 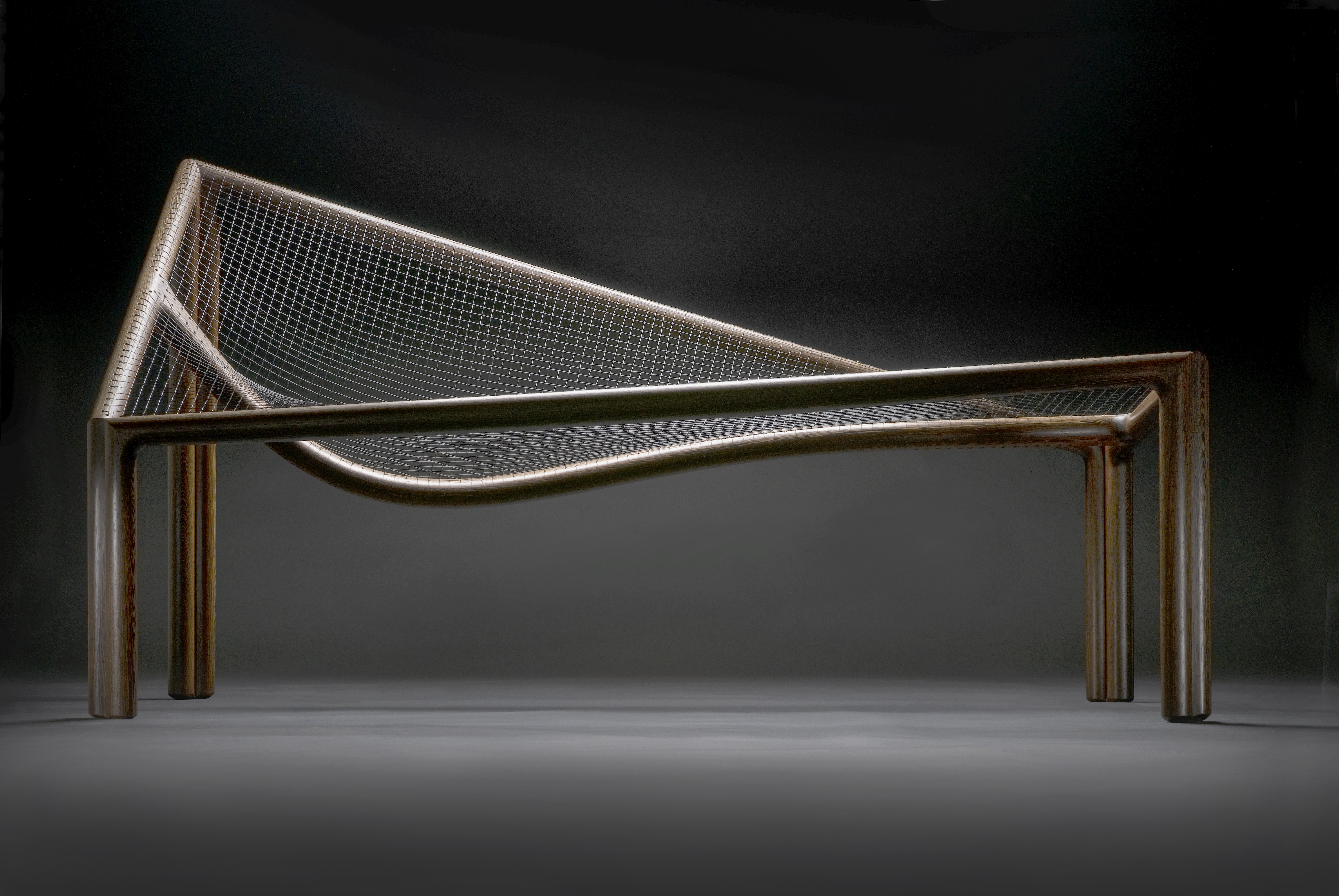 The inaugural head of the Wood Workshop at the Canberra School of Art, George Ingham, was a valued mentor to Matthew Harding from the time Matthew commenced at the School in 1992. The Chaise longue illustrated here was made by Ingham in 1991 and is currently displayed at CMAG opposite Harding's two-seater 'Dialogue' of 2011 (illustrated above).