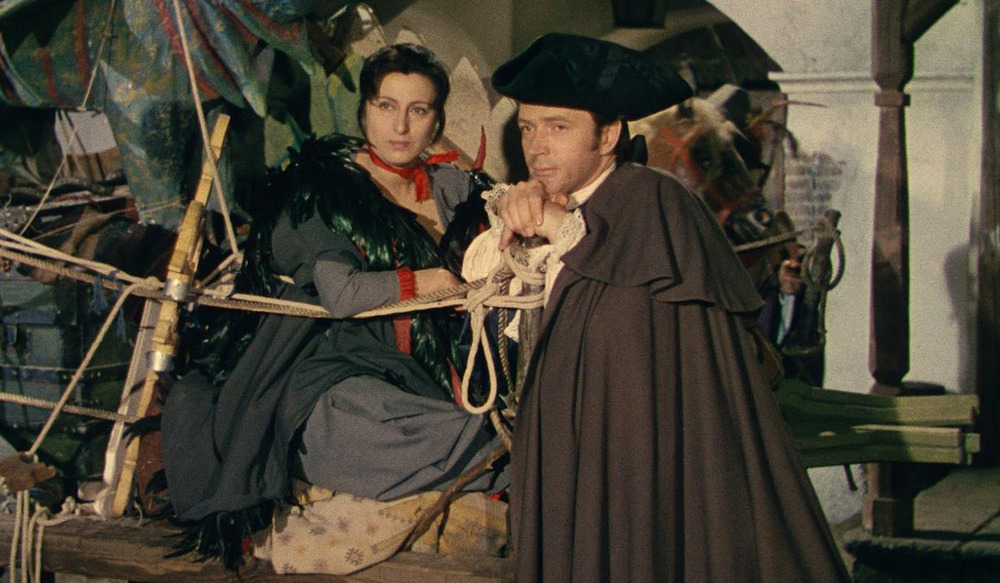 Adapted (freely) from Prosper Mérimée’s Le Carosse du Saint Sacrément, The Golden Coach  takes place in the 18th century. The coach of the title has been delivered from Europe by the viceroy of Peru. When he falls for Camilla, the Columbina of a visiting Commedia dell’Arte troupe from Italy, he bestows it on her, much to the chagrin of his mistress. The viceroy is not the only one competing for Camilla’s affections, however, as a young Spanish officer and a bullfighter are also making overtures for her affection.  This film was mostly conceived as a vehicle for Magnani’s passionate talents.