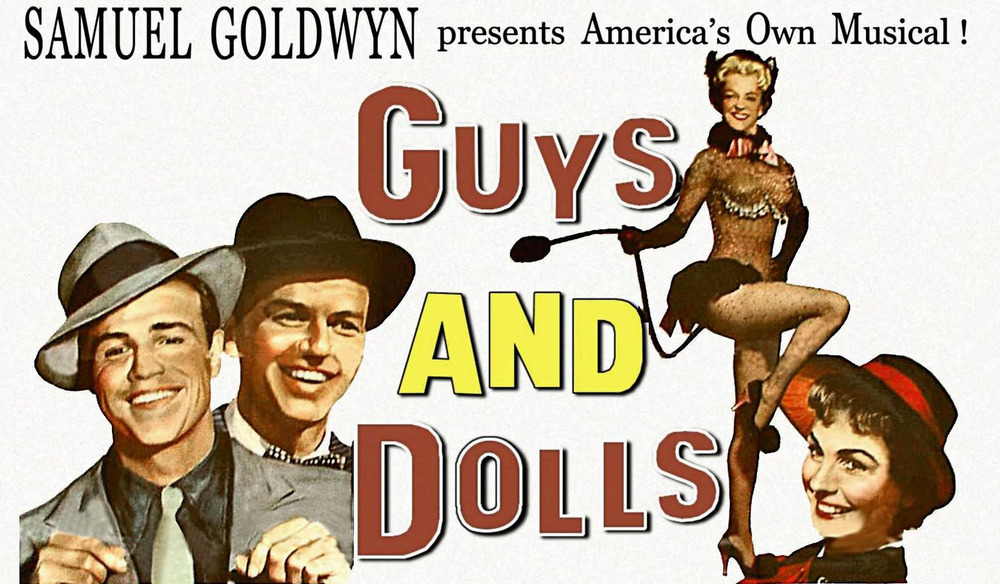 Based on a Damon Runyon short story, the Broadway production of Guys and Dolls was a smash hit. It was only a matter of time before Hollywood snapped it up for the full-scale movie treatment. The period lavishness was maintained, as was the fabulous music from the pen and piano of Frank Loesser. Added was the star power of Marlon Brando, Frank Sinatra and Jean Simmons. Sinatra could sing, Brando and Simmons were accomplished actors in unfamiliar territory, but surrounded as they were by talented Broadway veterans, sheer charm gets them by.