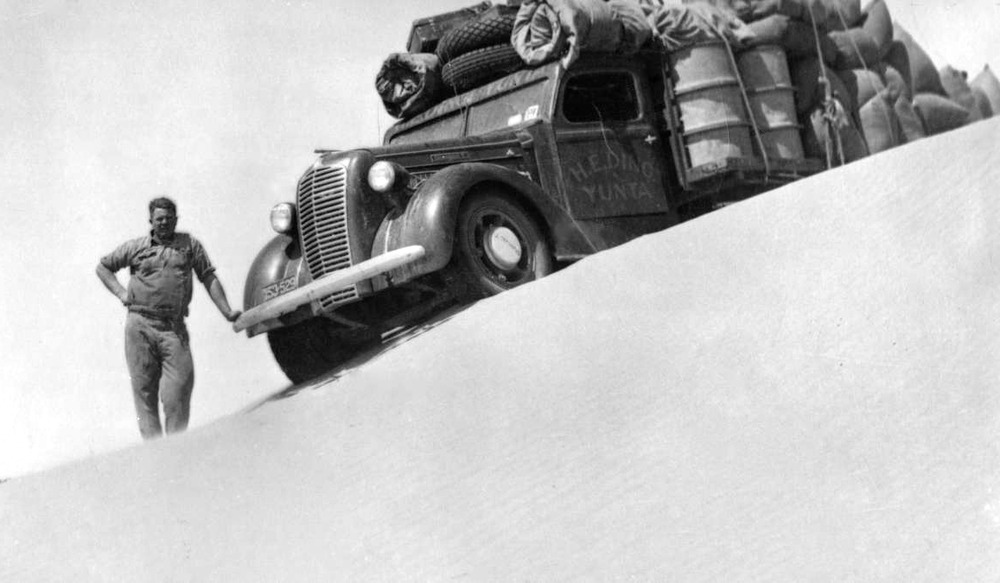 This film was made for the Shell Film Unit. John Heyer took as his central motif the fortnightly journey made by mailman Tom Kruse, along the remote track from Maree in South Australia to Birdsville in southern Queensland. Considered by many to be Australia’s most famous documentary, it won the Grand Prix at the Cannes Film Festival.
As a result of the film, Tom Kruse was awarded an MBE.

BACK TO THE BACK OF BEYOND
82 minutes, Australia

Forty years on, we revisit the dusty outback once more. John Heyer, Pat Jackson and Tom Kruse lovingly recount their life’s work, with amusing anecdotes and engaging honesty. Tom Kruse talks of the future of outback Australia. The original Birdsville track was used by Aboriginal people trading between north and south, and it became a lifeline to outback cattle stations.
A delightful companion piece to the seminal 1954 Film.